Gregg had been nursing his bad back for 20 years and finally got to a point where he was living in so much pain he could barely walk. In 2011, he underwent a minimally invasive transforminal lumbar interbody fusion with posterior instrumentation and fusion at L5-S1 with Dr. Anand to treat instability and stenosis at that level. He recovered very well from that procedure and was back to his normal activities.

Then, in 2016, after rotating tires on his truck, he suddenly felt a sharp pain in his back and into his buttock and left thigh. He had herniated a large disc at L4-5, as shown on the MRI image. After six weeks of monitoring, oral steroids, and pain medications without improvement, he underwent an outpatient L4-5 microdiscectomy and his symptoms greatly improved. 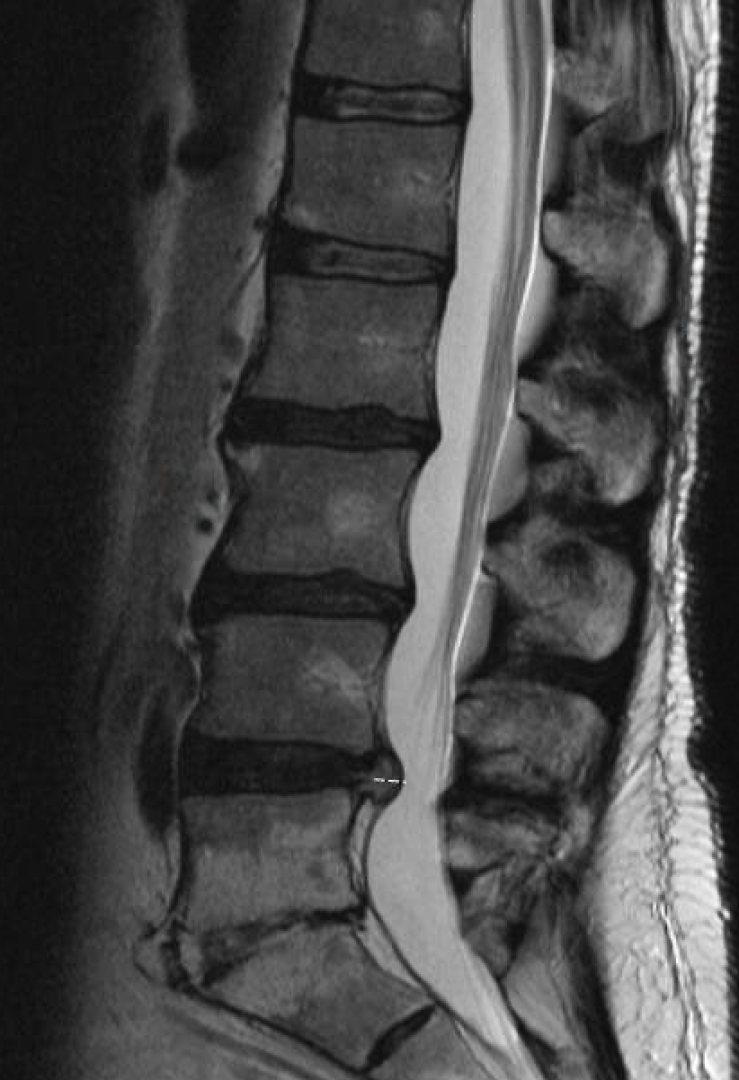 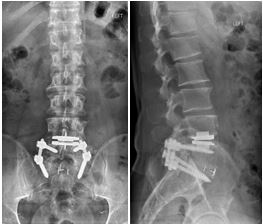 Approximately one year after the microdiscectomy, Gregg was suffering once again with constant pain in his lower back. He had to be careful getting in and out of a car as it could trigger muscle spasms and it was significantly impacting his career as a 2nd unit director/stunt coordinator/stunt driver. New images at that time showed progressive degeneration of the L4-5 disc. In an effort to maintain as much motion and flexibility in his spine as possible, Dr. Anand offered Gregg an artificial disc replacement at L4-5, instead of a fusion. Gregg reflects, “Since the surgery by Dr. Anand, I am pain free and back to a normal life. In addition to performing my surgeries, he has also successfully operated on my mother, my brother, and two of my friends. Dr. Anand is absolutely the best. I thank him for being a doctor and for giving me my life back.”